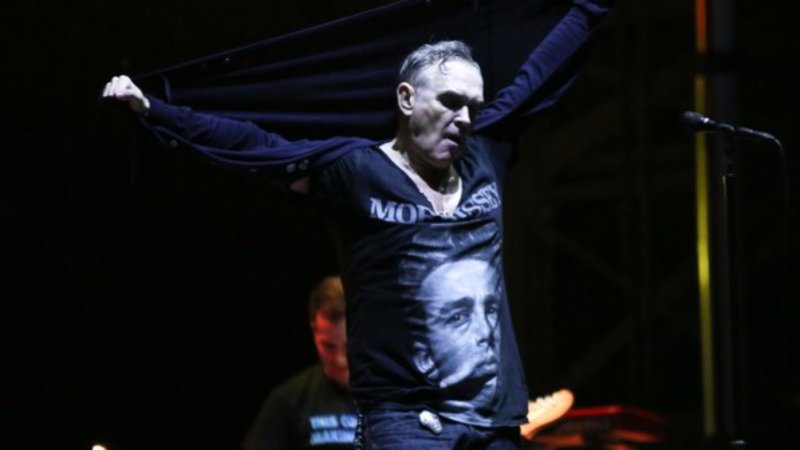 However, “Miley Cyrus now wants to be taken off the song ‘I Am Veronica’ for which she volunteered backing vocals almost two years ago,” Morrissey Central posted Saturday alongside a photo of Morrissey and Cyrus in the studio. “This comes at a time when Morrissey has disassociated himself with Capitol Records (Los Angeles), who control the hidden album Bonfire of Teenagers.”

While Morrissey didn’t say why Cyrus wants off the record, he has invited controversy in recent years leading up to his departure from BMG. In 2019, he claimed in an interview  that he isn’t racist because “everyone ultimately prefers their own race” and has been a public supporter of extreme right-wing politics in Britain. When Morrissey played a Las Vegas residency in 2020, his website stated that “there are no anti-social distancing or facial concealment rules in place” for the shows.